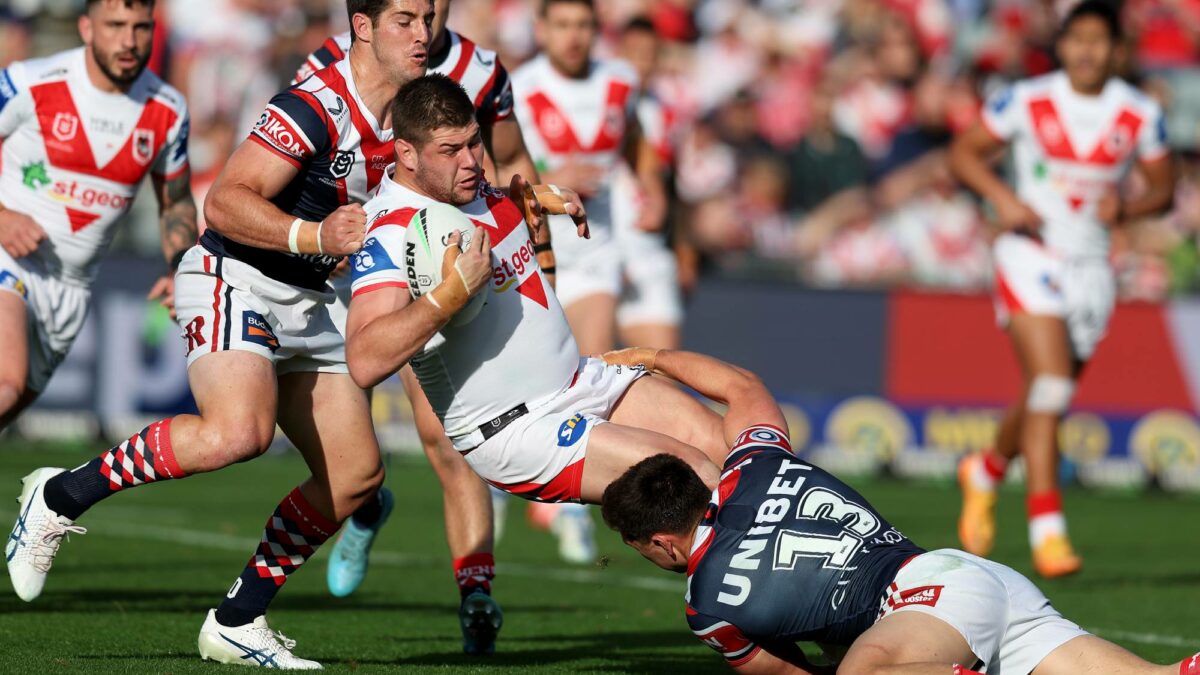 The NRL’s never-ending contract circus will keep on going throughout the off-season with deals for 2023 and 2024 and beyond being hashed out.

Now that the November 1 deadline has passed, preliminary NRL squads for 2023 have officially been announced. But with the rules allowing players off contract next year to sign offers from rivals, clubs are desperate to tie down talent long term.

St George Illawarra prop Blake Lawrie has signed a three-year contract extension that ties him to the club until at least the end of 2026.

A local junior, Lawrie has played his entire 103-game NRL career with the Dragons and featured in every game last season, usually starting in the front row.

The 26-year-old is one of only four players who featured in the Dragons’ last finals appearance in 2018 to remain at the club.

The Tigers have added to their halfback depth, signing Canterbury’s Brandon Wakeham on a one-year deal.

Wakeham began 2022 as a frontline option for the Dogs but was displaced by Kyle Flanagan and ended his club campaign in ignominy after picking up a ban for eye-gouging. He starred for Fiji at the World Cup and had been linked with a move to Super League, but will instead swap Belmore for Concord.

The Tigers needed halfback options after losing Jock Madden to the Broncos, while the Bulldogs will look to replace Wakeham internally with prospect Khaled Rajab, who burst onto the scene playing for Lebanon.

It has now been confirmed the much sought-after forward Martin Taupau is on his way to Brisbane after signing a one-year deal with the Broncos.

The Samoa international was in high demand after leaving Manly at the end of last year, but has been training alone as clubs wait to finalise their salary cap situation before offering the veteran a deal.

Parramatta had been thought to be the favourites – coach Brad Arthur attempted to do a late deal for Taupau before the trade deadline last year – but Kevin Walters has swooped in to add experience to his pack.

“Marty has been playing in the NRL since 2010 so he brings good experience and he was very impressive when we spoke to him on the values he brings to our club,” said Walters.

“We have a lot of good young middle forwards here at the Broncos and we believe the experience that Marty brings will help them grow and be better players for us as well.”

Canterbury have announced the worst-kept secret in the NRL with Panthers centre Stephen Crichton joining them next year on a four-season deal.

The Samoan international is expected to play fullback at the Dogs.

The Warriors have cut two players from preseason training, with Tanielo Otukolo and Otukinekina Kepu both released from their contracts.

Otukolo featured nine times in the last two years, when the Warriors were based in Australia, but never cemented a first grade place and is now free to play elsewhere.

Kepu is yet to debut at NRL level but was a regular last year at feeder club Redcliffe and had been expected to make the step up in 2023. His brother, Valingi Kepu, remains at the club.

The released pair were on top 30 deals, and with their departure, the Warriors are now free to add two more to their squad if they so choose.

They have four development players – Jacob Laban, Ali Leiataua, Zyon Maiu’u and Demitric Sifakula – who could be upgraded, or they could look to the market.